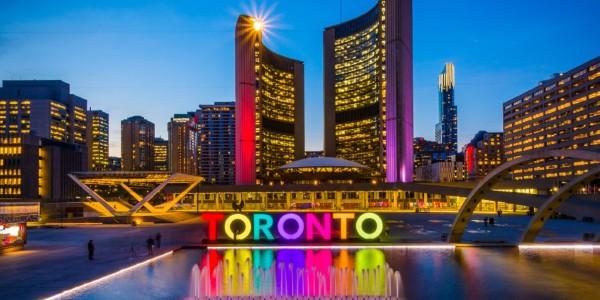 When you think about safe cities for LGBT travellers, it’s not about which ones hold the best Pride events. It’s more about cultural attitudes and legal implications. That’s why we were drawn to the LGBTQ+ Danger Index created by travel journalists Asher Fergusson, who used trusted data sources and government information to rank countries based on factors such as same-sex marriage, worker protections and criminalisation.

In Europe specifically, the countries at the top of the list for LGBT safety match the findings of ILGA Europe’s Rainbow Index which reflects legal and human rights policies across the continent. Many cities in the safest countries also appear time and time again on gay travel blogs.

1/ Toronto, Canada: Canada was the safest country listed, and Toronto is one of the most politically active cities in the world in regards to gay rights. Canada has laws in place to protect the LGBT community against violence and discrimination.

2/ Stockholm, Sweden: LGBT rights in Sweden are seen as some of the most progressive in Europe. In fact, all of Scandinavia’s nations were in the top 20 of safest countries.

3/ Amsterdam, Netherlands: No surprise that one of Europe’s most liberal and open cities makes the top of the list. The Netherlands is often regarded as the birthplace of gay rights.

4/ Brussels, Belgium: Belgium overall has a relaxed attitude and acceptance of homosexuality. As a business traveller you’re most likely to head to Brussels, a political and business hub.

6/ Madrid, Spain: Largely seen as one of Europe’s most accepting cities and home to the largest gay community in Spain.

7/ Paris, France: Sitting 11th safest in the index, France has unveiled a national plan to combat the discrimination against the LGBT community.

8/ Sydney, Australia: While laws differ depending on which state you’re in, Sydney is well known for its welcoming approach and gay scene.

9/ Sao Paulo, Brazil: It’s encouraging that Brazil’s economic hub is also one of the world’s most accepting. Brazil in general has seen an increase in violence towards the LGBT community, especially trans individuals.

…and where to avoid

Sadly there are many countries where it is illegal to be gay and homosexuality is criminalised with prison or corporal punishment. We’ve picked out some of the more popular countries for business travel from the UK where LGBT travellers would want to especially exercise caution. 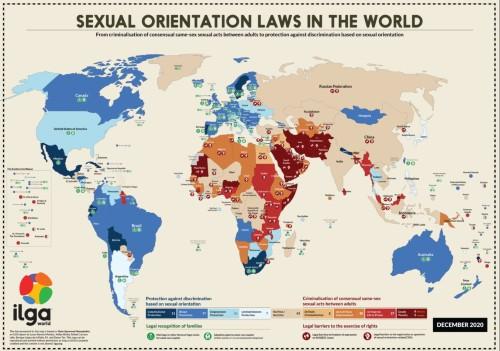 Want to do more to protect your travellers?

Speak to Corporate Traveller today about your duty of care policy